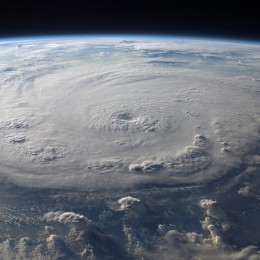 All over the world, there is always something happening, whether it is newsworthy or not. When you read the newspaper or look through the news on the internet, there is no doubt that you are going to see a news article about someone being shot by a police officer, a storm about to pummel somewhere, ISIS issues, hostage rescues, drug raids and more. The world is a gigantic place and no matter where you go, you are going to hear about something major that has just made national news.

As you are probably well aware, there is a hurricane currently slamming Mexico. Hurricane Patricia is the strongest storm ever recorded at sea. This hurricane has approached the Pacific coast of Mexico and is predicted that it would become one of the most dangerous storms in history. Thousands of people were evacuated before the category5 storm had a chance to touch down on Friday evening near Cuixmala. The winds reached a stunning 165-mph which uprooted trees and blew over power lines like stick houses. The rains that came along with it caused major mudslides and many other problems. There have been no reports of fatalities or major damage, for now. Since it was in a mountainous area, there was very little damage other than the mudslides, trees and powerlines.

A head on collision between a bus and a flatbed truck in southern France is responsible for the death of 43 people. This has been named the worst road accident in more than 30 years. Most of the people on the charter bus were elderly who were on a day trip to the Basque region. There were 41 fatalities on the bus itself and in the flatbed truck, the driver and his 3-year-old son perished. The crash happened at 7:30 a.m. on the D17 highway in Puisseguin on a wooded portion of the road. The bus also caught fire and because there was so much gas in the tank, the fire was very large. The victims of this tragedy are still being identified.

The sophistication of drug smugglers on the U.S.-Mexico border is so great that there was railway discovered when the feds raided the eight football field sized drug running tunnel. This tunnel featured a railway, electricity, lighting, and metal beams to prevent cave-ins. There were at least 12 tons of marijuana confiscated which had a street value of $6 million dollars and there were 22 people arrested in San Diego and Tijuana. This is one of the largest tunnels discovered in recent years. The investigation was 6 months long which began in May and had an undercover agent involved who helped with transporting buckets filled with dirt from the tunnel warehouse. This agent then offered to transport and store drugs for those who were running the operation. This is the 10th large-scale drug smuggling tunnel that has been discovered in the San Diego area since 2006.

The stories above are just a few of the headlines that are streaming across our computer screen and newspapers. It is amazing how much is going on in the world and how many people have no idea it is happening.

What the future holds for print and online journalism

There is no doubt that print journalism is on the decline – lots of print journalists, myself included, shifted to other, more dynamic, forms of the trade – web journalism being the foremost among them. There are still lots of traditionalists who shun people that leave print in favour of other forms of media, but at the end of the day, the bills need to be paid, and daily expenses, such as grocery, appliance repair and luxuries, have to be met.

Let’s explore how the decline began, why online journalism gained so much traction and what the future holds for journalists.

It is probably due to the fact that print journalism had been failing at delivering quality content for quite some time. Aside from this, the readily available cable television and 24 hour news channels made the printed product far less interesting, the front pages printed what most people had seen on last night’s news. This problem was accentuated by online journalism – with users being able to easily check the news at any time of the day, thereby losing their morning paper or even news viewing habit. Print media hasn’t changed from what it used to be 4 decades ago, it hasn’t adapted properly to the changing circumstances, and is in desperate need of an overhaul which isn’t happening.

People like the online form of journalism because it allows them to create and consume stories through new and varied languages and features. Interactivity and multimedia are two important features of this medium, and with the social tools thrown in, it becomes a different ballgame entirely. The near unlimited access to online media is equally important, with users being able to watch/listen/read the news from thousands of outlets across the globe. Geography is no longer the limit – it is only a search parameter.

As a colleague of mine shrewdly observed, the whole journalism industry is presently going through an identity crisis. With the exception of a handful of media groups, most do not have a well-defined strategy to deal with the new demands presented by the digital era. The last few years have seen journalists being fired left, right and centre, while the demand for skilled people in newsrooms increased. This hasn’t just affected online production, but also print. Good journalism has also gone out the window in some cases, with the journalists being told by their bosses to produce stories with glitz rather than content. In other words, quality has declined in both online and print journalism. It can be said then, that both facets of journalism face the same problem, essentially a lack of proper strategies and long-term planning on part of media group boards, and also the ‘us vs. them’ (i.e. print vs. online) mentality, which has become extremely common these days.