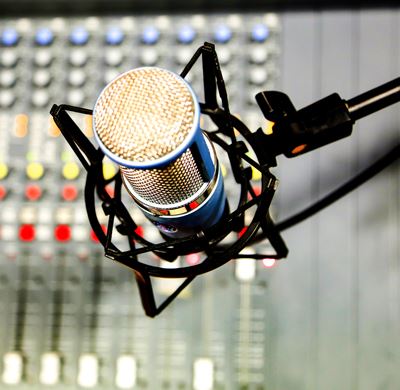 My Radio Career: From News Casting to Corporate Journalism

Back in my days at the CBC, I was a radio newscaster with a slot on the evening news every day. I wasn’t really concerned about the contents of what I told the public because the illusion of job security imbued by a good pay and a steady going job was sufficient for me. However, after the CBC lockout in 2005, it dawned on me that there was an increasing danger that the news I was telling on my radio show could be influenced by corporate powers who wanted the public to know their own version of the truth which suited their business designs. I had originally graduated as a journalist and I realized now that it was time to return to my roots and seek a source of living which involved bringing the unbiased, unfiltered truth to the public. And because it was the influence of conservative corporations on the CBC which had brought it about, I decided to enter the field of corporate journalism so I could inform the public of the truth about brands, products and advertisement campaigns.

Since then, I, along with some other colleagues disenchanted by the present state of media and journalism, have started our own radio channel where I do a weekly show on local companies and brands. It took some time, but I managed to convince these brands that the best way to generate new customers today was not by following the marketing mantra of ‘sell, sell, sell!’ but to actively inform their targeted clientele about the qualities and features of their products. My weekly radio shows would focus on a particular brand, and would dissect its pros and cons in an unbiased way, so that instead of having to believe in flashy advertisements, the people could actually decide for themselves whether the product was good for them or not. Obviously, this meant that not every local company was interested in having me do a show about them [read: many corporations have skeletons in the closet] but it did enable several local start-ups who were having a hard time getting through to the public through conventional advertising to get off the ground.

Now many of you may be wondering how it is that we managed to stay afloat when we kept reviewing local companies and corporations in an unbiased and open manner. The answer is that it wasn’t easy but as I’ve already mentioned, there were some honest local companies that had good, solid products and wanted to coexist beneficially with the local community – these were the companies that became our financial supporters. In corporate journalism, these companies are described as ‘transparent and human’ for they respond to consumer criticism by fixing their products and services. This has been my drive ever since the CBC lockout, to drive the point home to commercial companies that the old days of ads filled with superlative claims are now over, you need to actively engage and inform your clients (and think of them rather as an audience) if you want your product to sell.