Why Mortgage Rates Are Rising

Canadian mortgage rates increased once more this month, but this time around, it wasn’t caused by new data on the economy or a rise in bond yields. Rather, one major lender increased rates, which subsequently led to everyone else following suit—a cycle many mortgage brokers have seen as of late.
Over the last few months, these instances of “Simon Says” have lowered average 5-year variable-rate discounts from prime minus 0.60 percent to prime minus 0.40 percent, and increased average 5-year fixed rates from 2.59 percent to 2.79 percent.
Such sweeping changes to mortgage rates in the country are hard to predict because they often start out as arbitrary decisions made by one lender, signaling everyone else to follow suit. What’s more, in most cases of these changes, lenders that followed have vastly different reasons for increasing rates as leaders did.

Reasons for the Recent Increases to National Mortgage Rates

1. Funding costs of lenders have slowly been increasing, and will continue to do so for much later. The gaps between government debate and the funding mechanisms used by lenders to create capital for mortgages have slowly but surely widened, with investors marking these kinds of credit as being riskier in nature.
However, this general increase and the spreads between residential-mortgage funding mechanisms pale in comparison to the figures seen on other credit types. 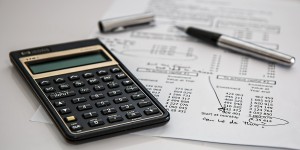 2. Lenders have a limit on how much they can securitize into the Canada Mortgage Bond (CMB) program. When lenders reach this cap, they have no choice but to transition to other capital sources, which are often more expensive. Of course, some lenders will simply increase rates to compensate for higher funding costs, but some will opt to take these costs for a limited time in order to be competitive against other lenders who don’t necessarily meet their caps at the same time.
However, if competing lenders raise their rates, others will be quick to follow suit. It should also be noted that not all lenders have a viable replace to the CMB, which leads to them using rate spikes to pull themselves out of the competition until such a time that their CMB cap is reset.

3. 2015 has been an extremely busy year for lenders, with many finding themselves short of staff. Challenges to lender capacity are made tougher due to a shortage of experienced underwriters. And with backlogs continuing to accumulate, many lenders have resorted to raising rates in order to slow volume, buying their underwriters time to process applications and paperwork. Mortgage brokers must have been busy!

4. Price/rate wars are at their fiercest during the spring market, when competition is at its peak. As the year comes to a close, and when lenders have achieved their targets—as most have this year—they are more likely to recoup the funding sacrifices made during the spring market push.
Mortgage rates increased recently, but it’s not because of bond yield movements or markets reacting to economic data. Instead, the rate hikes were caused by a combination of the factors above. It’s important to note this distinction, as these kinds of rate increases are usually NOT a sign of a much wider uptrend in mortgage rates.

It doesn’t look like this trend is going away soon. Make sure to keep yourself posted and visit our site for more information. You may also reach out to us for any needed information.